****EMBARGO: NOT FOR PUBLICATION IN THE ADVOCATE, CURVE, GONYC OR OUT MAGAZINES..Lesbian ballroom dancers Heidi Liechti, left, and Nicole Riem, both of Zurich, Switzerland pose for a photo during the Dancesport (ballroom dancing) competition at the Hilton Hotel and Towers in downtown Chicago during Gay Games VII on July 19, 2006. ..The couple has been dancing together for one year and have been together for two. ..Waving their country's flag in the background is Ursula Hegglin, also a ballroom dancer from Zurich...Over 12,000 gay and lesbian athletes from 60 countries are in Chicago competing in 30 sports during the Games from July 15 through 22, 2006. ..Over 50,000 athletes have competed in the quadrennial Games since they were founded by Dr. Tom Wadell, a 1968 Olympic decathlete, and a group of friends in San Francisco in 1982, with the goal of using athletics to promote community building and social change. ..The Gay Games resemble the Olympics in structure, but the spirit is one of inclusion, rather than exclusivity. There are no qualifying events or minimum or maximum requirements...The Games have been held in Vancouver (1990), New York (1994), Amsterdam (1998), and Sydney (2002). . 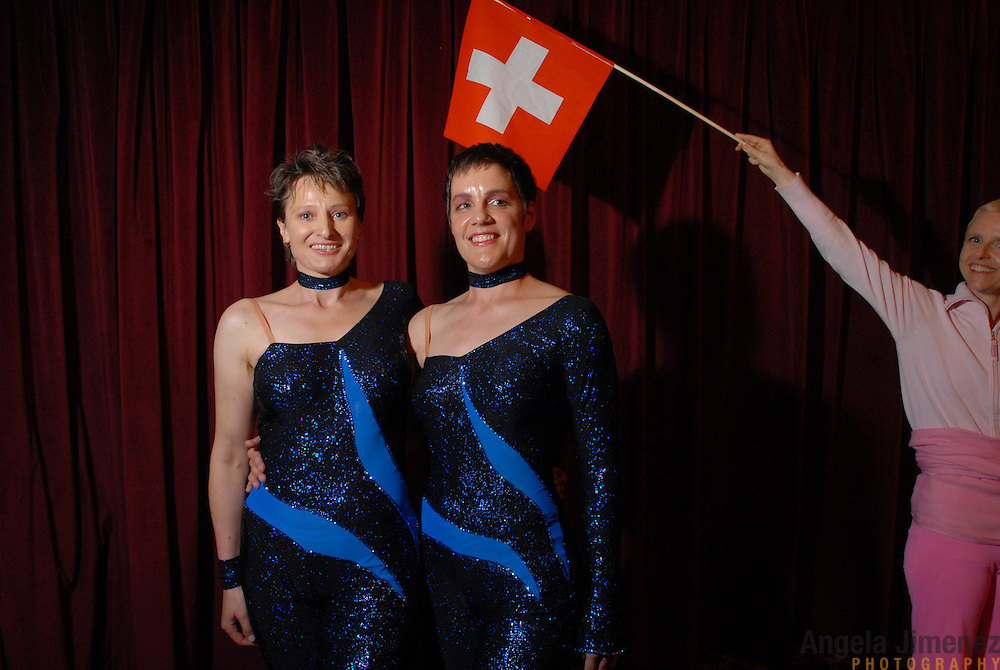