Womens 60-64 division heptathlete Rita Hanscom, 61, of San Diego, California, competes in the shot put, the third event on the first day of the women's combined events, or heptathlon, on August 4, 2015 at the Laurent Gérin stadium in Venissieux, France during the 2015 World Masters Athletics Championships.

Hanscom's winning score of 5989 is a pending world record:

Ulrike Hiltscher of Germany holds the existing W60 published world record of 5458 points, which Hanscom had already broken earlier in the year and broke again in this meet. Hanscom's records are yet to be ratified. 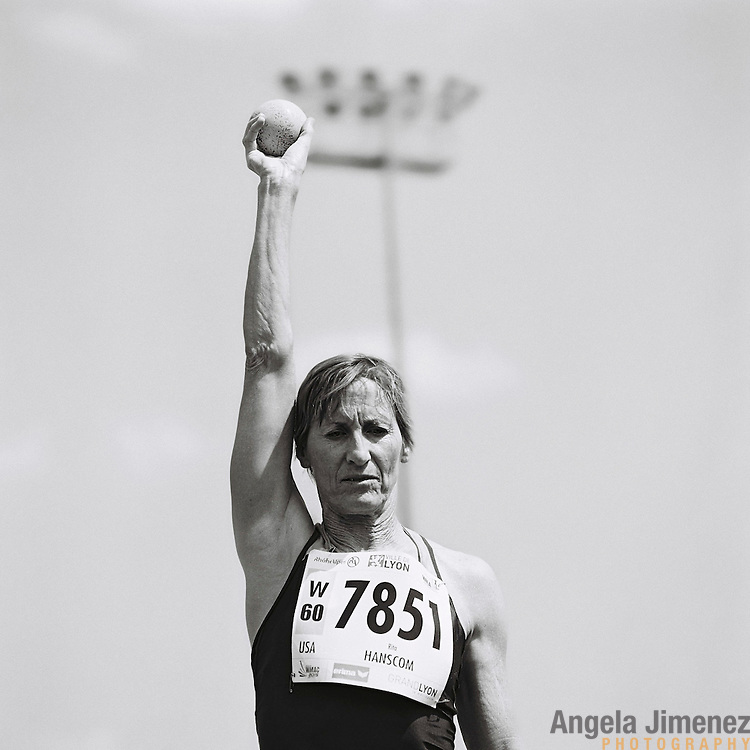