Athletes pose for a group photo after competing in the 75-79-year-old age group women's 100 meter run at the 2007 World Masters Championships Stadia (track and field competition) at Riccione Stadium in Riccione, Italy on September 7, 2007. ..9,000 male and female athletes over the age of 35 from 90 countries competed in two weeks of track and field events at the 17th annual event. The event is run by the World Association of Masters Athletes, the organization designated by the IAAF (The International Association of Athletics Federations) to conduct the worldwide sport of masters athletics. The organization runs competitions and maintains record standings in the 5-year increment age divisions. ... 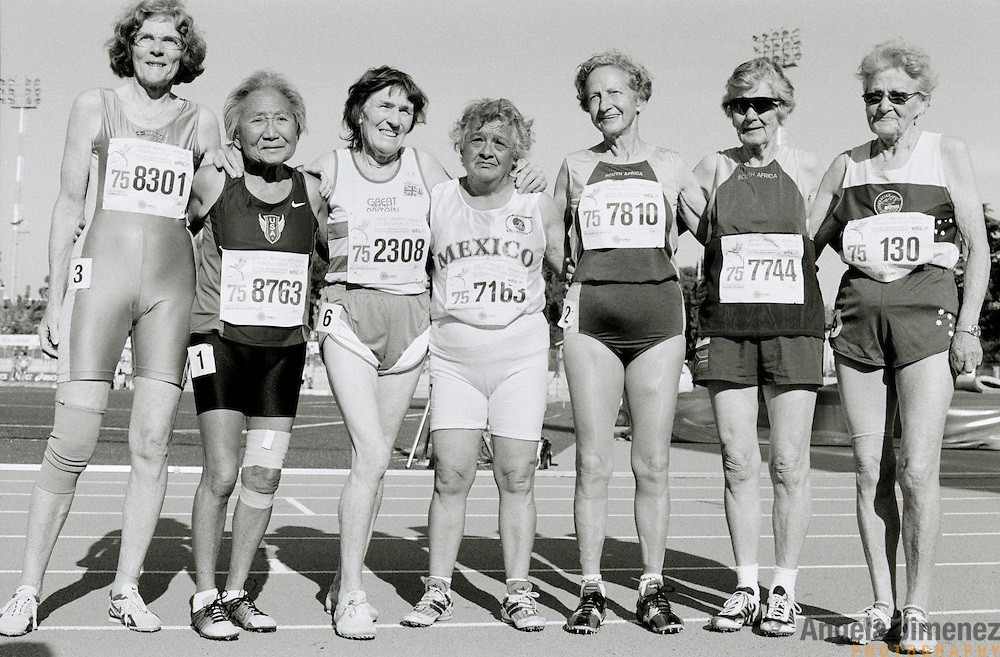