Senior athlete Larry Colbert, 70, of Bowie, Maryland, is photographed participating in the track and field competition at the 2007 Senior Olympics, held at the University of Louisville's Cardinal Park Soccer & Track Stadium in Louisville, Kentucky on June 28, 2007. ..Colbert, who competed in the 4x100 relay and the open 400 finals, is a member of the world-record 4x400 team in the 70-74 year age bracket. He has been running for 35 years. ..The event was sponsored by the National Senior Games Association, established in 1986, which oversees 50 state and 350 local and regional competitions for senior athletes in the United States each year. There are an estimated 250,000 senior athletes in training in the U.S. ... 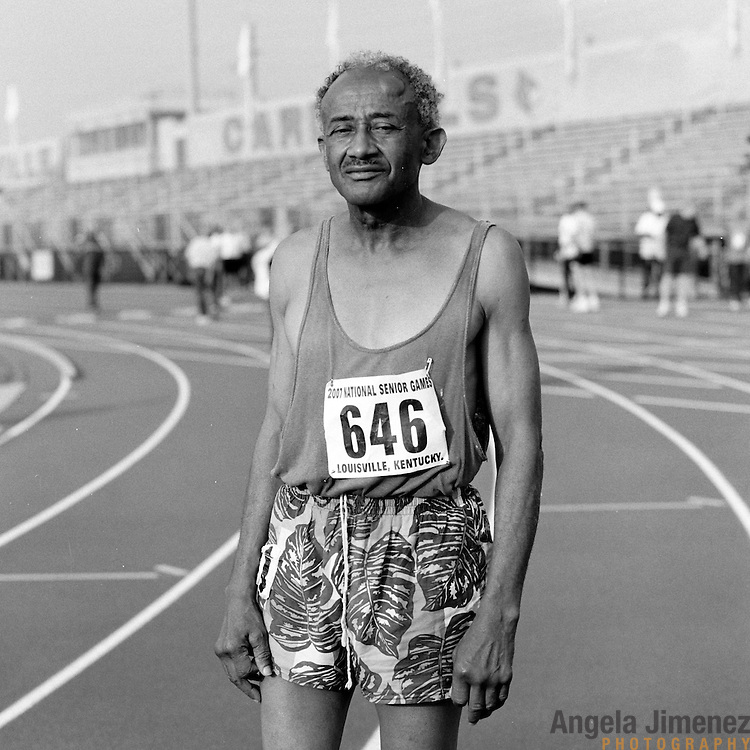