Flo Meiler, 81, of Shelburne, Vermont, prepares to compete in the 80 meter hurdles, the first event on the first day of the 80-84 age division women's combined events, or heptathlon, on August 4, 2015 at the Laurent Gérin stadium in Venissieux, France during the 2015 World Masters Athletics Championships. Surrounding her near the starting line are competitors from the younger 70-74 and 75-79 heptathlon divisions.

Meiler's score of 5730 broke the published existing world record of 4623 points in the W80 division, set by Johnnye Valien of California. Meiler's score still needs to be ratified to be official. 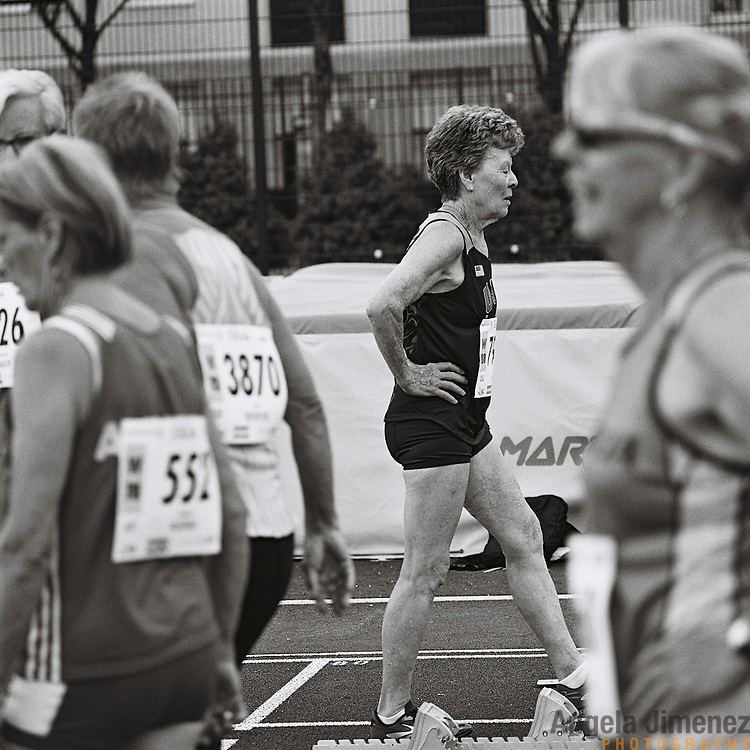