Maharat student Ruth Balinsky Friedman (Class of 2013) buys tomatoes from a stand on Broadway near Columbus Circle on her daily commute from her home in Washington Heights to her study at the Drisha Institute (where the Maharat students meet) in Manhattan on June 12, 2013. 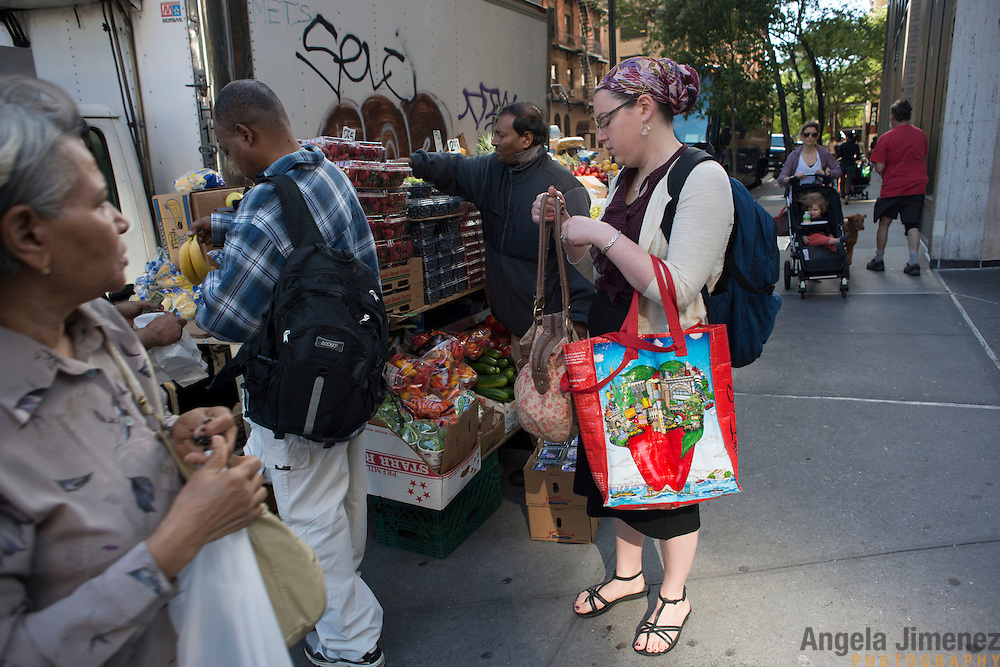